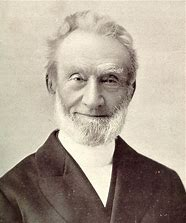 George Mueller cared for orphans, in Bristol, in the 1800s.  His life was marked by amazing answers to prayer.  As can be seen in the following story.

One morning, all the plates and cups and bowls on the table were empty. There was no food in the larder and no money to buy food. The children were standing, waiting for their morning meal, when Müller said, “Children, you know we must be in time for school.” Then lifting up his hands he prayed, “Dear Father, we thank Thee for what Thou art going to give us to eat.”

There was a knock at the door. The baker stood there, and said, “Mr. Müller, I couldn’t sleep last night. Somehow, I felt you didn’t have bread for breakfast, and the Lord wanted me to send you some. So, I got up at 2 a.m. and baked some fresh bread and have brought it.”

Mr. Müller thanked the baker, and no sooner had he left, when there was a second knock at the door. It was the milkman. He announced that his milk cart had broken down right in front of the orphanage, and he would like to give the children his cans of fresh milk so he could empty his wagon and repair it.

One night, in central Africa, Doctor Helen Roseveare worked hard helping a mother who was giving birth. Despite all her efforts the woman died leaving a tiny pre-mature baby and a two-year old daughter.

The staff had no incubator and so had difficulty keeping the new-born alive. So, one of the student midwives went for the box they had for such babies and the cotton wool the child would be wrapped in. Another went to stoke up the fire and fill a hot water-bottle. This young woman came back in distress to report that the hot water bottle had burst. It was the last hot-water bottle. All they could do was put the baby as near the fire as they safely could.

The following day Doctor Roseveare went for prayers at the adjoining orphanage. She told the children about the baby. She mentioned that this tiny child could die if it caught a chill. She also told them about the baby’s two-year-old sister.

During the prayer time at that orphanage one of the children, a ten-year old called Ruth, prayed a blunt prayer. ‘Please God send us a hot-water bottle. It’ll be no good tomorrow, God, the baby will be dead, so please send it this afternoon, and while you are about it, would you please send a dolly for the little girl so she know that you really love her?’

Helen Roseveare had to say amen but doubted anything would happen. She had been in Africa for four years and no one had yet sent a parcel from home. If someone did send a parcel why would they think of sending a hot-water bottle to the equator?

Anyway, half-way through the afternoon a message came to Helen that there was a car at her front door of her house. By the time she got there she could see that a large parcel had arrived. She taught that she could not open the parcel alone and sent for the orphanage children. Excitement grew as the removed the string and paper. Helen lifted out coloured jumpers which she gave to the children. Then there were knitted bandages and raisins and sultanas. She cried as she pulled out a brand-new rubber hot water bottle. Ruth was sitting at the front of the children and exclaimed that ‘if God has sent the bottle, he must have sent the dolly too!’ Rummaging down to the bottom of the box she pulled out a small beautifully dressed doll. That parcel had been on its way for five whole months, packed by Roseveare’s former Sunday school class whose teacher had heard and obeyed God’s prompting to send a hot water bottle, even to the equator. 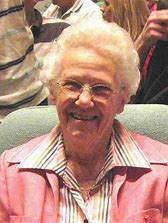